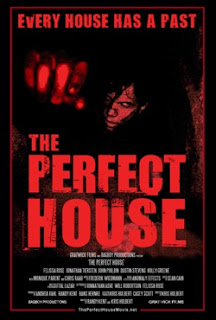 Gratwick Films proudly announces the DVD and VOD release of its trailblazing, buzz-heavy anthology indie horror film The Perfect House, a gruesome, in your-face real raw horror flick about a dream-house with a hidden dark past.
Starting July 17 fans around the world will have a chance to experience one of the best indie horror films on DVD and VOD through all major online platforms including Facebook, Gratwickproductions.com, ThePerfectHouse.com, among numerous other distribution outlets.
Written/Produced by Kris Hulbert and Co-directed by the latter and Randy Kent, "The Perfect House" retraces the horrific history of a seemingly perfect house via three separate tales of horror skillfully bound together by one principal frame plot and one central character: the (perfect) house. Each of the three short stories  - "The Storm", "Chi-ken" and "Dinner Guest" - about previous home owners are inspired by the genre's most famous time periods.

Unlike any other films, "The Perfect House" delivers a uniquely endearing homage to the horror brand. The film stars an ensemble cast including Chris Raab, Andrea Vahl, Jonathan Tiersten, John Philbin, Holly Green, and Dustin Stevenson, among others.

"The Perfect House" not only marked the official feature directorial debut of Buffalo (NY) native Kris Hulbert, but also made cinematic history in filmmaking as the world' s first indie feature film to ever premiere on an independent-movie distribution platform built for Facebook. The film is a testament to the true indie spirit of filmmaking.

To celebrate the July 17 DVD and VOD release date of The Perfect House, producer Andrea Vahl and filmmaker Kris Hulbert of Gratwick Films are giving away TWO copies of the DVD.   Gratwick Films is also giving away a free DVD to Facebook fans every day throughout the entire month of July.  An exclusive special 2012 comic-con DVD edition is also available for purchase until July 23. 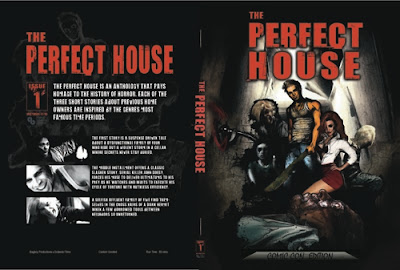 “The Perfect House” is available to buy/watch at:
http://tphperfecthouse.com
http://gratwickproductions.com
http://gratcast.com
facebook.com/theperfecthousemovie
Posted by Bleeding Dead at 8:13 PM
Email ThisBlogThis!Share to TwitterShare to FacebookShare to Pinterest
Labels: Press Release