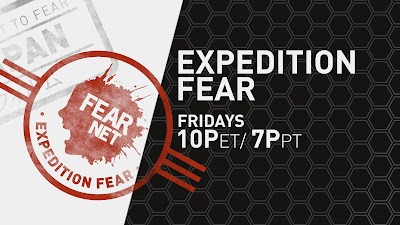 (SANTA MONICA, CA – OCTOBER 8, 2013) – While FEARnet has always made a point to highlight
the best in worldwide genre titles, the Network is putting extra focus on overseas scares with the addition of the “Expedition FEAR” Friday night block—two international films, every week, at 10 p.m. ET/7 p.m. PT. “Expedition FEAR” entries in October showcase some of the best talent from around the world—topped off by celebrated [REC] creator Jaume Balagueró’s shocker TO LET on October 25—giving genre fans a chance to experience many foreign gems that they may have never seen or heard of before.

Beginning October 18, the films will come packaged with exclusive wraparound content—shot at the 2013 Fantastic Fest and made specifically for FEARnet—highlighting the best of the independent horror cinema scene. The interstitial content features roundtable discussions on topics such as a First-Time Directors panel with Evan Katz (CHEAP THRILLS) and Randy Moore (ESCAPE FROM TOMORROW); a Foreign Genre Films panel with Katrin Gebbe (NOTHING BAD CAN HAPPEN) and Tamae Garateguy (SHE WOLF); an American Independent Cinema panel with Joe Begos (ALMOST HUMAN) and James Bykrit (COHERENCE); an Indie vs. Mainstream panel with Jesse Cook (SEPTIC MAN) and Ben Wheatley (A FIELD IN ENGLAND); and a Film Critics and Bloggers panel where Sam Zimmerman (FANGORIA), Ryan Turek (DREAD CENTRAL), Brian Collins (BADASS DIGEST), and FEARnet’s own Lawrence Raffel, Sarah Shannon, and Alyse Wax discuss the films they saw at Fantastic Fest, and why the festival is important for both the genre and the audience. As a bonus, the Network will also air an exclusive one-on-one interview with Alamo Drafthouse founder Tim League.

“‘Expedition  FEAR’ is a unique opportunity for us to show our viewers something new and different, introducing them to the best films that the international genre scene has to offer—many of which are nearly impossible to find on American television,” said Sarah Shannon, vice president, programming and network operations, FEARnet. “Additionally, airing as part of this block, we are proud to unveil exclusive interstitial content, shot at the 2013 Fantastic Fest, that will give our viewers a behind-the-scenes look into the genre’s independent and foreign landscapes, with contributions from up-and-coming filmmakers, as well as established genre veterans.”

At 10 p.m. ET/7 p.m. PT, the preteen Estrella retreats into horror films, where her playmates are some of the genre’s greatest monsters, in A REAL FRIEND, part of Spain’s “6 Films To Keep You Awake” series. The found footage Australian import, LAKE MUNGO, is next at 12 a.m. ET/9 p.m. PT, as distraught parents investigate their daughter’s mysterious death.

The October portion of “Expedition FEAR” comes to a close with two more “6 Films To Keep You Awake,” starting with SPECTRE at 10 p.m. ET/7 p.m. PT, about an old man who returns to his hometown, and sees the ghostly beauty he fell in love with many years ago. Then, a man and his pregnant girlfriend visit a creepy apartment complex run by a disturbed landlord in TO LET, from [REC] scribe Jaume Balagueró, at 12 a.m. ET/9 p.m. PT.
Posted by Bleeding Dead at 1:40 PM
Email ThisBlogThis!Share to TwitterShare to FacebookShare to Pinterest
Labels: Press Release