It's been awhile since I've done a 90's horror review and I made an odd choice with the alien abduction film Fire in the Sky. Not normally my area of horror as my Sci-fi geekiness is limited to Star Wars, but I'm glad I watched it as it really does rank up there as a good scary film. 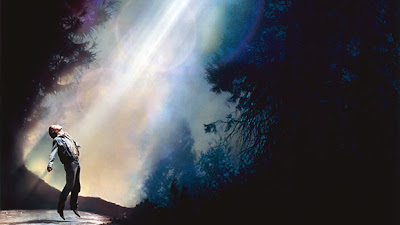 "Despite the less than presentable summary FIRE IN THE SKY is unlike any alien abduction film I've ever seen. With art and set design being its best assets. The inside of the space craft is creatively constructed as it takes on more of a biological and ecological interior rather than a highly advanced technical build or a foreign operating room. With the aliens being an equally unique and fascinating creation, having human qualities to them that don't mimic the the hoaky creations of Hollywood past"

As it is you may read the rest here. Not my best review ever but it has its sentences I suppose.
Posted by Bleeding Dead at 5:09 PM
Email ThisBlogThis!Share to TwitterShare to FacebookShare to Pinterest
Labels: TDHorror Retro Review