I hope you all had a good New Years. I have posted my Top Five Films of 2012 and my Top Five Worst Films of 2012 on TD for all of your viewing. Normally I'm not an avid watched of newer released films but I made an effort this year, purposely for this list. You may read the list here. 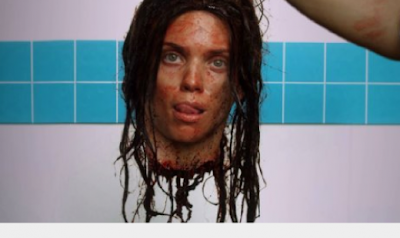 As my little excerpt above says I didn't get to see films like American Mary or John Dies at the End, etc. So it's limited but I'm pretty confident about my choices, especially number one and two in both lists. I'm not sure about my explanations though, maybe the problem with the Excision paragraph is I want to say so much about the film but I'm limited. But I'm always doubting myself so who knows. I'll have a review for you up within the next week and a Retro Review as well.
Posted by Bleeding Dead at 3:48 PM
Email ThisBlogThis!Share to TwitterShare to FacebookShare to Pinterest
Labels: TDHorror Retro Review, Top Five Lists

Loved EXCISION, Agreed with you on THE DEVIL WITHIN, but I have to disagree with you on V/H/S. That would be my #2 pick for worst horror of 2012. But great year end wrap-up!!

I don't blame you on V/H/S, it's a far from sublime film, really just beaten to death with flaws if you want to be honest. But I liked that about the film, the tattered footage, unexplained plots.

Thanks, I wish wish wish wish so much that I could of gotten a view of American Mary in before the year was out but atlas I'm like the other thousands of individuals who have to wait till fall to see the Soskas work.

Thanks for the comment Phil! On both TD and here.