Luke, I Am Your Father

I've been brewing over this for the past couple of weeks. But I'm convinced...that Sam from Trick 'R Treat is the offspring of Pumpkinhead. 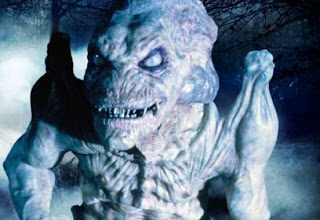 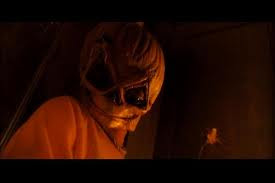 Kay maybe not so much in looks...or maybe Sam's mom is in actuality the Alien from Alien. 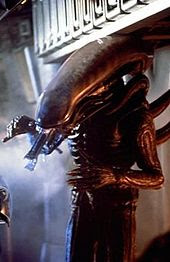 Okay maybe I'm not making any sense here but if....

SPOILER If you have not seen Prometheus you should just leave this post right the fuck now. Because I'm going to spoil all of it up in here. 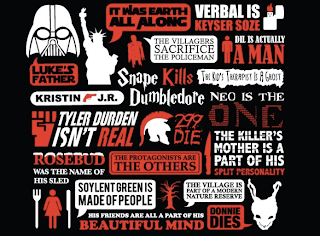 If the Alien strand of DNA originates from the virus that Holloway got and he had sex with Shaw who births the first form of the face hugger who mutates into an even bigger face hugger, and then it mates with the alien who created humans, and it gives birth to the first strand of Alien DNA than I don't think it's much of a stretch for Pumpkinhead and the Alien to be Sam's parents okay? Dammit Ridley Scott.

In actuality I'm not sure if that's what happened. That's just sort of the conclusion I drew from the entire thing. I watch Prometheus last night for the first time and I kind of felt like:

Kind of felt slightly confused and a little bit jigged of a good film experience. And if your sitting there thinking okay what does Chase from House have to do with anything, it fits because I'm watching Dead Silence right now on AMC, kay? Which really doesn't fit either because Jason from True Blood is in Dead Silence, not Chase. But they both have Australian accents so it works in my mind.

Happy Irrelevant Post Friday/Follow Friday. Whichever is relevant to you.
Posted by Bleeding Dead at 9:11 PM
Email ThisBlogThis!Share to TwitterShare to FacebookShare to Pinterest
Labels: Irrelevant