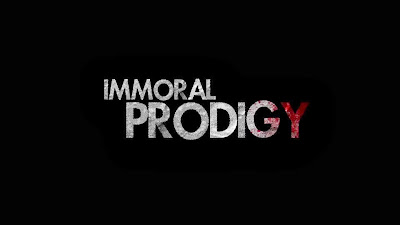 WorldsLastHero Productions and up and coming director Jeremiah Sayys need support from the horror community to kick-start their next feature film, Immoral Prodigy. The film is intended to keep pace with the classic 80's horror we love but with a more serious facade, layering gore and genuine characters to tell a story about how we often take those we care about for granted. The project needs to raise ten thousand by January Six Twenty Fourteen.

For those of you who've never used KickStarter before the minimum donation is $1 with the maximum being whatever your generous heart can conceive. Often, and as is the case with Immoral Prodigy, the producers will offer packages based on your donation and depending on how passionate you are about helping you can even get a associate producers credit for the film. You aren't charged until the campaign is over (so Jan 6th in this case) and if the film doesn't reach its goal you wont be charged at all.

Its important to support the Independent Horror Community because they are your future filmmakers and the most passionate of horror fans. Giving ten dollars makes a huge difference in a directors eye, and even if you can't donate helping spread the word also makes a huge difference. To donate or to find more about Immoral Prodigy go to the KickStarter page to help  http://www.kickstarter.com/projects/jeremiahsayys/immoral-prodigy


I did a review late last year for Jeremiah Sayys's latest feature film Of Silence. You may read the review here if you need convincing that future projects from this director should be watched out for. Again please help spread the word with retweets, blog posts, ETC. Also if you have a kickstarter project you'd like me to help promote please email me at bleedingdead22@yahoo.com.
Posted by Bleeding Dead at 12:40 PM
Email ThisBlogThis!Share to TwitterShare to FacebookShare to Pinterest
Labels: Kick Start Me