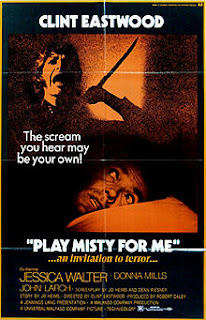 Radio jockey David has long been receiving a single phone call with the seductive and soft voice of a woman asking him to 'play misty' for her. David has a reputation of sleeping around a bit and has been trying to change his habits. He makes a slip though when one night he by chance meets the play misty woman at a bar and the two spend the night together. To David it's just another one night stand but to the woman, Evelyn, it becomes her everything. Evelyn begins to make herself persistently present in David's life, simply harmless at first but she becomes much more psychotic and obsessive as he continues to turn her away. When David's old fling, Tobie, appears back into his life Evelyn's insanity is redirected and Tobie is left in danger.

Clint Eastwood's directorial debut features that of a femme fatal in likes to the destructive relationship of that in Fatal Attraction. Where as that film posed as a cautionary tale to cheating husbands Play Misty For Me could be a warning to all men, and women mind you, to be careful who you mess around with. In honesty though the film is a little bit anti-climatic. I would of liked to have seen a longer fight between Evelyn and David instead of the short one we are given. The film mimics similar nature of the song in which it's named after, it reflects that slow instrumental strum to create cool a lightly tinted thriller. 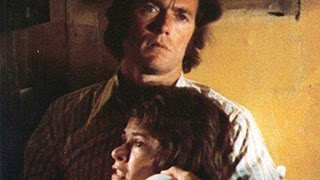 As Eastwood handles the duo role of acting and directing I felt he gave more attention to the latter than the former. Not to attest that he's bad in this film but I believe more of his worries were on how he'd look as a director and less as an actor. From an acting point Eastwood is able to capture that run of the mill douche quality to the earlier part of David's character and tone it down just enough in a subtle yet convincing play for the romantic side that is shown towards the end. Jessica Walter is quite insane as Evelyn, she in general at first appears sweet and only a little bit obsessive and then manages to blow her mind out entirely and lose it. The photography is about average, there's a waterfall lovemaking scene for the romantic horror loves out there that might be of interest but other than that a good but nothing exceptional use of shots. But I loved the retro seventies set design and look for the film, it was diverting for a nostalgic such as myself. 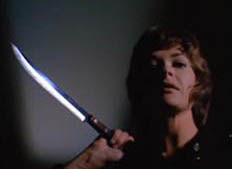 The interesting thing about Play Misty for Me is that unlike Fatal Attraction the two main characters didn't experience this passionate affair in which the man led the woman astray, but rather it consisted of a one night stand a few seductive 'Play Misty for Me' phone calls. Evelyn's obsession towards David was a lot more grounded in her likely not being sane from the start and when she got close it took her past her limitations. Which is why I say it poses as a cautionary tale for men and women, this isn't a 'being faithful to your wives' warning, this is be careful who you bring home. Eastwood's early directorial effort peaks at the later efforts in his career and makes for a good thriller. Not my favorite suspense film but Play Misty for Me is a decent watch for any of those a fan of Eastwood or of the femme fatal films.
Posted by Bleeding Dead at 7:38 AM
Email ThisBlogThis!Share to TwitterShare to FacebookShare to Pinterest
Labels: Femme Fatal, First Time Director, Suspense, Thrillers