Yesterday was not a good day. While I was able to attend the Mile High Horror Film Festival, which was amazing, there were a lot of other things that attributed to it just not being a good day. Therefore my tone may appear more sullen than wanted, though it's not as if this blog normally reeks of the macabre sort of humor. I'm also blessed with a migraine, so you know as it is basically every week this is not my best writing.

Horror is a torn genre when it comes to its portrayal of woman. Often seen more in a negative light as it is rare for people to make the most rational of decisions when they are avoiding a machete wielding supernatural killer. But I digress woman have an important part in horror and the genre intends to give woman a more dominant role in film, whether people acknowledge it or not. Most often there's the final girl, not the final guy. This weeks list is composed of my favorite leading ladies in horror, they are the final girls (or not) that prove credible and strong, My Top Five Favorite Scream Queens: 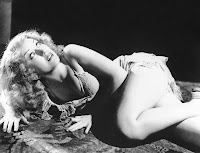 This is one of those entrants that I don't care too much for, but as a horror fan and in respect to the history of this blog, Fray Wray makes the list. Wray is the first of the Scream Queens playing the damsel in distress in King Kong, and a less demanding part in Mystery of the Wax Museum, where she essentially had to stand there and look good. Wray has been noted saying that she hated her role as Scream Queen, saying she didn't like the term or it's meaning so she moved to Europe. But without her wailing lungs or charming inability to play dumb women wouldn't have an important part in horror without her. 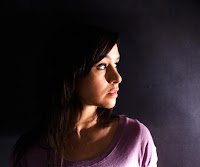 Harris rarely plays a final girl in horror as she's backup best friend in the Zombie's Halloween, but she's also been in horror from an early start having been in the original Halloween series as Michael's niece Jamie, and in a number of other less known films. Often remit but I've always liked her and think she surpasses costar Scout Taylor Compton in acting. I've never been sure why Harris hasn't been more publicly noted as a Scream Queen but regardless thereof she makes my list. 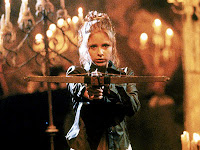 #3 Sarah Michelle Geller (Buffy, I Know What You Did Last Summer, The Grudge)

It's a confident statement that Sarah Michelle Geller basically owned the 90's with her regular campy horror TV show and her appearance in horror films. Geller is one of the few who never really abandoned her horror image for more 'respectable' parts, still appearing in horror films like Possession (and before you argue Scooby Doo with me it's a horror film for a kid). In my opinion I wished her character Helen lived in I Know What You Did Last Summer, she had a fair run with that killer and I found her more competent than Julie. Her filmography isn't necessarily bulky but her vampire slaying TV show not only makes her identifiable but arguably the most bad ass female of horror ever. 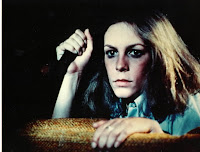 For whatever reason I fell in love with Jamie Lee Curtis in The Fog. Don't misunderstand, she's still one of my favorite final girls and horror characters of all time (Laurie Strode) but something about the drifter who sleeps with Tom Atkins gave her that edge I didn't see in the previous Carpenter films. Curtis was the Scream Queen for quite awhile, only having her mom previously hold the title. Curtis's first film, Halloween, is the classic of the genre and her portrayal as Laurie was sympathetic and likable. It revived the image of woman in horror and transcended them past the victims and into survivors.

#1 Dee Wallace (The Howling, The Hills Have Eyes, Cujo)

Dee Wallace is a horror veteran in all respects. She's done Wes Craven to Stephen King, and then stared in the werewolf cult film The Howling. There's not really any other way that I can say this but I just fucking love Dee Wallace. Dee is an amazing actress among other things but like Ms. Harris she's void of acknowledgement outside the horror community. Mostly recognized as the mom in Steven Spielberg's cult children's classic ET: The Extra Terrestrial, she's stand alone scream queen in Cujo where she had to carry the film with child actor Danny Pintauro inside a broken car. Wallace was also in Zombie's Halloween as Laurie's adoptive mom, and casted based on her legacy as a horror actress. She'll be in his new film Lords of Salem as well, which I'm excited to see her coming back to the genre. As I said I love Dee Wallace, she's an incredible actress and my favorite leading lady of horror.

Honroable Mentions; There's a lengthy list of Scream Queens so in order to even make the honorable mentions the actress had to appear in either a series of films or at least two or more. Janet Leigh (Psycho, The Fog), Barbara Crampton (Re-Animator, From Beyond, Castle Freak), Neve Cambell (Scream 1 - 4), Eliza Dushku (Wrong Turn, The Alphabet Killer), Mary Elizabeth Winstead (Final Destination 3, Death Proof, Black Christmas Remake), Heather Langenkamp (Nightmare on Elm Street 1, 3, & 7), Sigourney Weaver (Alien 1 - 4, The Village), Ali Larter (Final Destination 1 & 2, Resident Evil 2 - 4), Asia Argento (Land of the Dead, Mother of Tears), Brooke Lewis (iMurders, Polycarp). Elizabeth Shannon unfortunately does not make this list, while she's done an extensive list of films (Thir13en Ghost, Cursed, Jack Frost) I find her to be a dead giveaway, meaning which as soon as I see her face I know she's going to die. Therefore she's not an effective scream queen. She even died in Scary Movie...

If you're reading post your own.
Posted by Bleeding Dead at 8:18 PM
Email ThisBlogThis!Share to TwitterShare to FacebookShare to Pinterest
Labels: Leading Lady of Horror, Top Five Lists

Love that you Included SMG!

Any Genre Effort with these five and you've got my ass in the seat.

Ohh Rose McGowan is a good one. Have you by chance seen Dead Awake? Not a great film, to put it lightly, but her acting is phenomenal in it.

Thanks for commenting and posting your own! I'm always curious about what other people's are.