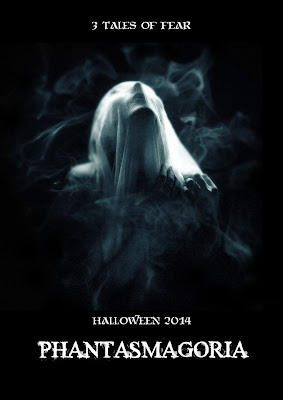 Do you believe in ghosts?

The company M International has launched the production of a new horror feature film, "Phantasmagoria". 3 shocking tales of horror that will get you beyond fear. From the mind of the filmmaker Domiziano Cristopharo (House of Flesh Mannequins, Bloody Sin of Horror, Poe: Poetry of Eerie) and Mickael Abbate (Festival Director of "Samain du cinéma fantastique"), Phantasmagoria is a Franco-Italian co production. Tiziano Martella (Legio XIII and also Make-Up Artist from Zombie Massacre, Eaters) also joined the team. The movie specifically aims at bringing revival to "hair-raising" movie genre by allowing the largest possible number of spectators to rediscover fear and other extreme feelings on screen (and beyond).

Federico Bebber is in charge of the teaser poster for the film which is expected in theaters in both France and Italy for 2014.