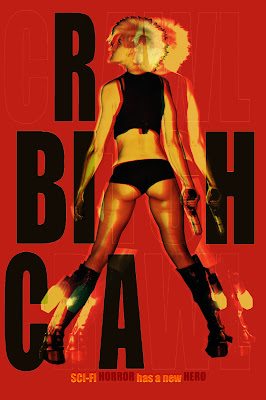 Synopsis:  An elite security team assigned the task of protecting the last known woman who can become pregnant, find themselves caught in an endless claustrophobic underground tunnel system. The team soon learns - the real horror is not the unstoppable creature chasing them, but the ever growing smaller tunnel itself. The will to live for each member of the team gets challenged with the obstacle of a fourteen inch two thousand foot tunnel.
What horror fans are saying about CRAWL BITCH CRAWL...

"...Get through this horror tunnel..."
-Bloody Disgusting (Mr Disgusting)

"Going to the counter and ordering a ticket to this film should be fun!"
-Horror Smorgasbord (Slowdeath77)

Click the image below to watch the Official Trailer
or visit YouTube ...and get your BITCH on. 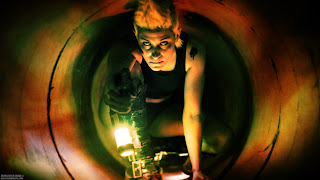 Release Date for the movie CRAWL BITCH CRAWL is TBD -- follow these sites for updates and find out more information on the film.

Posted by Bleeding Dead at 8:20 AM
Email ThisBlogThis!Share to TwitterShare to FacebookShare to Pinterest
Labels: Press Release

Thank you so much for posting about CRAWL BITCH CRAWL!