How Do You Like Your Midnight Son Served? DVD? VOD? Or Digital?

I believe that title has potential of being the worst title post I've ever come up with. I do apologize.

If you don't remember back in October I wrote a review for the film Midnight Son. If you have never read the review and don't care too I was able to view the independent horror film at The Mile High Horror Film Festival and I loved it. I found it to be a unique and beautiful film, unlike anything spewed of the vampire genre. It also made my TDHorror list last year as the best film of 2011. If my opinion however doesn't convince you this should. Anyways Matt Compton, the producer for the film, asked me to post something so that people know the film is available for purchase in several different forms and of course I'm more than happy to support. But first... 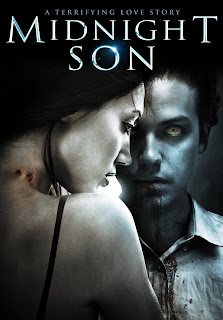 MIDNIGHT SON is the story of Jacob, a young man confined to a life of isolation, due
to a rare skin disorder that prevents him from being exposed to sunlight. His world opens
up when he meets Mary, a local bartender, and falls in love. Tragically, Jacob’s actions
become increasingly bizarre as he struggles to cope with the effects of his worsening
condition. Forced by the disease to drink human blood for sustenance, he must control his
increasingly violent tendencies as local law enforcement narrow their focus on him as a
suspect in a series of grisly murders. 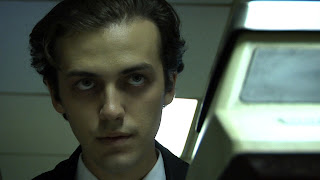 The film is available for purchase at Amazon for DVD and Digital Download. You may also get it at Walmart, if out and about for the shopping purposes. You may also get it on VOD, if that sort of thing appeals to you. As you know me I'm a hardcore old school DVD/VHS kind of girl. VOD platforms that carry the movie include DirecTV, Time Warner, and Charter. Digital platforms that carry the film include iTunes, Amazon Instant Video, Vudu, CinemaNow, Playstation Store, Xbox Marketplace, and YouTube. 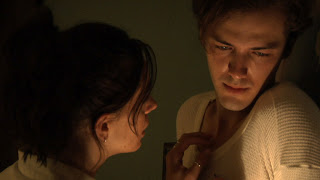 But really Midnight Son NEEDS to be seen. It's such a beautiful film in presence and that last shot. I wish I had a still of it for my still collection at the bottom of the blog. Please help support this independent film and let it be known. The film deserves a cult following at the least, if not an apology by all distributors who turned down the offer to give the film support. Really.