FEARnet BRINGS “THE FURTHER” HOME WITH THE BROADCAST PREMIERE OF JAMES WAN’S HIT THRILLER INSIDIOUS ON SUNDAY, SEPTEMBER 8, AT 8 P.M. ET/5 P.M. PT, ALONG WITH MANY OTHER FRIGHTFUL FILMS
FEARnet Presents Premieres of ‘THE UNINVITED’, ‘SINGLE WHITE FEMALE’, ‘DORIAN GRAY’, and ‘SUCK’; a “Slayed By the Bell” Marathon, “Foreign Fridays” Block, and More 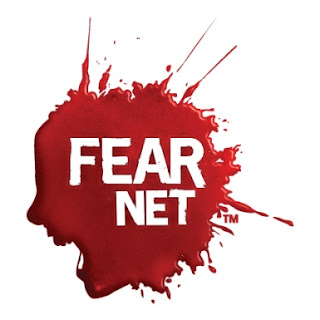 (SANTA MONICA, CA – AUGUST 26, 2013) – The acclaimed box office smash, INSIDIOUS, will make its FEARnet debut on Sunday, September 8, at 8 p.m. ET/5 p.m. PT. Directed by James Wan (SAW, THE CONJURING), and written by SAW scribe Leigh Whannell, INSIDIOUS stars Patrick Wilson and Rose Byrne as Josh and Renai Lambert, parents whose son has fallen into a coma, following a mysterious incident in the attic. Things get much worse for the family, as their son’s illness leads to a terrifying encounter with malevolent ghouls, and a journey into the realm of the dead known as “The Further.” This will be a chance for fans to catch up with the Lambert family and their demons, before INSIDIOUS CHAPTER 2 hits theaters on September 13.

Also in September, FEARnet is giving you a chance to bring Jason Voorhees home with the Friday the 13th Sweepstakes! Starting Monday, September 2 at 9 a.m. PT, and running until 5 p.m. PT on Monday, September 16, participants can enter the Friday the 13th Sweepstakes at http://fearnet.com/fridaythe13sweeps, to win a loaded prize pack featuring a 46” television; 16 GB Flash Memory Camcorder;  FRIDAY THE 13th Ultimate Collection, JASON GOES TO HELL, and FREDDY VS JASON on DVD ; DL & Co. “Rotten Luck” Dice Set; exclusive TALES FROM THE CRYPT merchandise; FEARnet swag, and more! Who says 13 is an unlucky number?

Other September Highlights Include:


“Foreign Fridays” in September features Spain’s complete “6 Films To Keep You Awake” series, a Guillermo del Toro ghost story, and a J-Horror classic. The “6 Films To Keep You Awake” series kicks off with TO LET (10 p.m. ET/7 p.m. PT) on September 6, as a man and his pregnant girlfriend visit a creepy apartment complex run by a sinister landlady. THE BABY’S ROOM (12 a.m. ET/9 p.m. PT) follows, with parents who begin hearing unsettling sounds coming from their newborn’s baby monitor. The series continues on September 13, with A REAL FRIEND (10 p.m. ET/7 p.m. PT), as a young girl retreats into horror films, where her playmates are some of the genre’s greatest villains. Then, it’s SPECTRE (12 a.m. ET/9 p.m. PT), as an old man returns to his hometown, and sees the ghostly beauty he fell in love with many years ago.

The “6 Films To Keep You Awake” series comes to a close on September 20, with BLAME (10 p.m. ET/7 p.m. PT), as a single mother moves in with a gynecologist, and uncovers the gruesome truth lurking beneath the house. Then, preteens hold a bank robber captive with terrifying consequences, in the fan favorite A CHRISTMAS TALE (12 a.m. ET/9 p.m. PT). On September 27, a young boy is haunted by ghosts of the past in Guillermo del Toro’s THE DEVIL’S BACKBONE (10 p.m. ET/7 p.m. PT). And a journalist tracks down a cursed videotape in the original J-Horror chiller RINGU (12 a.m. ET/9 p.m. PT).


FEARnet sends you back to school with the “Slayed By The Bell” Marathon, a six-film fright fest full of teenage terror. It all starts with the original FRIGHT NIGHT, at 4 p.m. ET/1 p.m. PT, as Charlie Brewster joins with a late-night horror host (Roddy McDowall) to take down the bloodsucker next door. Next, Josh Hutcherson and Dane Cook star in the genre-bending DETENTION at 6 p.m. ET/3 p.m. PT, as small town teens deal with high school drama, time travel, a deranged serial killer, and the end of the world. Then, siblings are terrorized by a murderous teenage gang (led by James Spader) in THE NEW KIDS, at 8 p.m. ET/5 p.m. PT. NIGHT OF THE CREEPS follows at 10 p.m. ET/7 p.m. PT, as slug-like aliens infect a college campus, turning their victims into zombies. And a young girl uses a different kind of contraceptive in TEETH, at 12 a.m. ET/9 p.m. PT. CHRISTINE ends the evening at 2 a.m. ET/11 p.m. PT, as a geeky guy forms a dangerous bond with a classic killer car.


A disturbed teen returns home to dark visions and a new stepmother (Elizabeth Banks) she believes is responsible for her mother’s mysterious death.


Check the children, and then settle in for four films that will make you wish you never picked up the phone. At 6p.m. ET/3 p.m. PT, a babysitter finds herself home alone with a serial killer in WHEN A STRANGER CALLS. Next, at 8p.m. ET/5 p.m. PT, UNDER THE DOME’s Rachelle LeFevre receives threatening phone calls from the past in THE CALLER. At 10 p.m. ET/7 p.m. PT, it’s THE NIGHT CALLER, as an obsessed woman goes to extremes to meet a radio host. And a killer clown stalks phone sex operators in OUT OF THE DARK, at 12 a.m. ET/0 p.m. PT.


A software designer’s (Bridget Fonda) life is turned upside down when a possessive new roommate (Jennifer Jason Leigh) moves in.


A corrupt man stays forever young, while an old portrait continues to reflect his villainy, in this adaptation of Oscar Wilde’s iconic novel.


FEARnet is a multi-platform programming service delivering original and acquired horror, thriller and suspense content as a cable TV movie network, a video-on-demand outlet and web portal.  FEARnet, a partnership among Sony Pictures Television, Lionsgate Entertainment and Comcast Corporation, features a robust lineup of popular titles from major film studios and independents, encompassing 300 plus movie titles a year, including 14 world television and 22 theatrical broadcast premieres. The Network is distributed to U.S. cable subscribers across the country on various systems and is often ranked as the number-one free HD VOD movie service available in more than 27 million homes. The website, FEARnet.com, ranks as one of the most popular sites in the genre category among total uniques and duration per visit. Follow FEARnet on Facebook and Twitter (@FEARnet). For more information about the company, visit www.FEARnet.com. To access photos visit FEARnetPR on flickr.
Posted by Bleeding Dead at 7:53 AM
Email ThisBlogThis!Share to TwitterShare to FacebookShare to Pinterest
Labels: Press Release