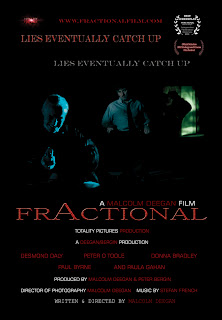 Mental patient David Crowe is about to reveal a dark secret of his former psychiatrist's John Hatchet's past. A secret that has stayed so hidden John will do anything not to reveal it. As Crowe subjects John to five days of mental and physical torture inside an abandon warehouse John's facade fractures and the truth begins to come out. The more honest John becomes the more tragic the events unfold. And as Crowe gets his way his mental incapacity becomes all the more apparent. With John running out of time he must find a way to survive to not only protect his past but also the ones he loves. 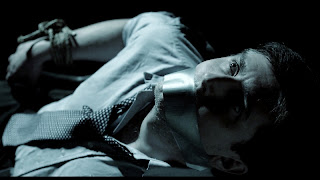 John's character is a fair counter to the mind game of Crowe, his darker past and professional insight useful weapons as the victim. Desmond Daly is decent as the lead and responds well off Peter O'Toole. Crowe's character takes precedence as the far more interesting character though, as he's a variety of psycho that would get along well in a ward with the big league monsters. O'Toole has acquired depth to his role and with director Malcolm Deegan creates a disturbing but mastered villain. There's a particular moment in the film where Crowe has an honest confessional of what he's responsible for in John's past that is played out like a conductor instructing an orchestra, the acting with the choice of music makes the moment both lovely and chilling. Other choices such as leaving the camera on Crowe for an uncomfortable amount of time give him a sinister advantage or by using the echos off the wall give his voice an otherworldly feel. 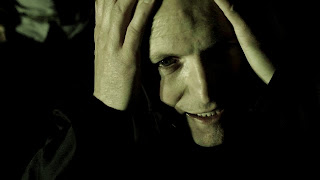 The film's photography was to my liking, with the lighting and camera angles satisfying to the eye. There's a basis of mystery here beneath the horror plot as the angles are constantly at change. The mystery surrounding John's previous wife's death and his patient relationship with Crowe taunt the viewer with that simple question of who the real monster really is. Fractional was an interesting watch that didn't go where I expected, I thoroughly liked the psychological horror of the film and the dialogue between the two leads. Fractional is available to rent on the films website, and I'd recommend it as a good watch.
Posted by Bleeding Dead at 1:33 PM
Email ThisBlogThis!Share to TwitterShare to FacebookShare to Pinterest
Labels: Psychological Thriller, Torture, Victim-Kidnapper Relationship