I've been absent again I know. It's unfair and I'm really sorry. I don't have much of an excuse other than that work has been really busy and everyone has been quiting or getting sick, leaving me to take their shifts. Hopefully it'll die down some and I'll have more time for myself if not then we're just going to have to be honest, I can't keep up a review a week. That's not to say that I'll stop completely, of course not. I'm working on a few reviews including Grave Encounters and The Human Centipede 2 but it won't be on a weekly basis. And there wont be a review tomorrow because I haven't even gotten a chance to watch Demons let alone write a review for it. This was actually suppose to be last weeks film but as I haven't had a chance to watch Burnt Offerings I had to move it for a TDHorror review. My writing is suffering badly from this work overload and I'm too tired to write beyond prose, so I apologize. 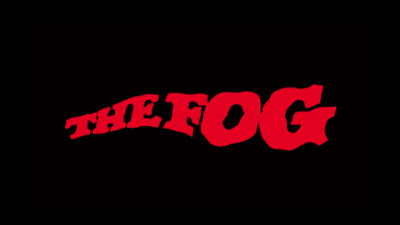 "The film is led by a talented cast. Aidrienne Barbeau is the late night radio host who turns her voice in a soft sensual thrill for the fisherman out at see. Where Jamie Lee Curtis is the drifter who makes a temporary home with Tom Atkin’s Nick. Legendary shower victim and Curtis’s mom, Janet Leigh, is head of the town’s centennial celebration"

As usual you may read the rest here.

I hope that you forgive me for being a bad reviewer. I'm so appreciative of all my followers and those who just simply glance at my stuff. I'm going to try very hard to get back on track but until then I hope you stick around.
Posted by Bleeding Dead at 10:06 AM
Email ThisBlogThis!Share to TwitterShare to FacebookShare to Pinterest
Labels: John Carpenter, TDHorror Retro Review