After seeing the Never Sleep Again documentary around Halloween, which is a great documentary, for fans especially but really for anyone curious of film making and the early techniques with special effects, I became possessed with the thought of watching all seven Nightmare films (I decided to skip Freddy Vs Jason because I've seen it, and I'm just not in the mood to watch it again). I've seen a few before, but never the entire series. So I set out with the, surprisingly tedious, task of watching all seven films in chronological order. 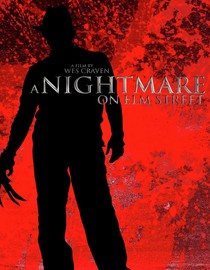 To start at the beginning A Nightmare on Elm Street typically falls under the slasher film genre, though I'd argue that it doesn't truly earn that title until later in the franchise, the reason being that the film is a lot more imaginative in concept than say the Friday the 13th series, which is more of a full bodied slasher. The story starts out with Tina, a teenage girl who's having strange nightmares about a man, burnt from the head down, wearing a dirty green and red stripped sweater, a ragged hat, and a glove with knives for fingers. Tina becomes rattled by the dream when she feels there is something more to it than a typical night terror, which proves to be true one night when she dies in her dream and then dies in real life. From there it goes to her best friend, Nancy, as she tries to figure out who the man with the knives for fingernails is and what he wants, while ultimately trying to stay awake. 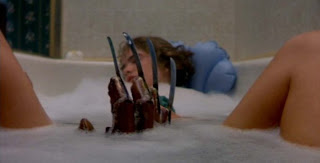 The film has a horror aspect that Wes Craven has always done well with, he connects it to real life. True the film has a more fantasy base than a reality but it lies in the inevitable fear that we must all sleep at some point. A vulnerability issues plays in this as in most people's cases when you sleep you are helpless. To add more depth Craven gives a disturbing background to the killer, Freddy Krueger, a child murder who escaped trial later to be burned by the incensed parents of Elm Street. I actually found out from the documentary, something which has always been a debate, is that Freddy is a child molester, but they don't come out and say it in the film for news related issues at the time. This discreetly presents itself in the sexual prowl Freddy has in scenes with Tina and Nancy. The famous one being where Nancy falls asleep in the bathtub and his glove comes up from the water in between her legs. It's hard for some to imagine Freddy as anything scary since he became a pop culture icon but in truth he was built to be a perturbing character, and the first film reminds us of that. 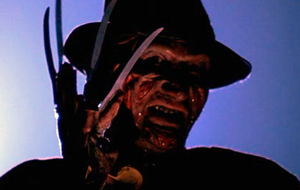 As far as quality goes I'll argue that this one is the best out of the seven (though Dream Master gives Craven a run for his money in directing, as well as for the the look for the film). The directing and writing for this is fairly obvious, so I wont linger too long but it's apparent what he intended out of the film, a sleepless night fueled by more than just jumps and scares, but with creative thought. Acting is fairly good here too, it's one of those horror movies that has a now a absurdly huge film star in it, Johnny Depp. Of course Glen doesn't compare to his more eccentric characters in which he's famous for but for a first time actor whose never, and I mean never, acted before he's pretty good in it. Heather Langenkemp is alright, having done a few movies in her career at that point and not succumbing to dumb gazes into the camera lens. Then there's John Saxon and Robert Englund, neither which I'll go into because Saxon is been in everything and he's just great, and I've believe I've made my love of Englund's acting clear in previous reviews. The special effects for the film are pretty good, in truth I prefer old school techniques like these as opposed to CGI which I can always tell they've used. 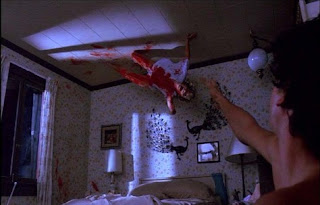 I'm sure this, basically, two paged love letter isn't obvious us enough that I have to say it flat out but I love A Nightmare on Elm Street. It's not only my favorite out of the franchise but one of my favorite horror films. But at the same time I pose caution to new viewers who've never seen the movie. Though it's not as bad as some it does show it's age a bit, so some scenes or concepts will appear as cheesy, and there are some that might not be as generous about the acting. Plus the ending, (not the very ending with the little girls) still fails to make sense. Either way it's sort of an essential see, Freddy Krueger is a household name and at the end of the day it's better than most slasher films and remakes today.
Posted by Bleeding Dead at 6:50 AM
Email ThisBlogThis!Share to TwitterShare to FacebookShare to Pinterest
Labels: Cult Horror, Franchises, Freddy Krueger, Horror Icons, Masters of Horror, Never Sleep Again, Robert England, Slasher Film, Wes Craven