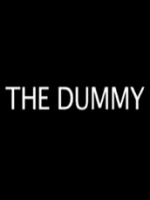 Terror turns on a woman when the dummy that randomly appears about her apartment comes alive one night. The Dummy is kind of all eighties horror wrapped tightly into one film. It's campy, cliche, full of 'what is she doing?!' moments, but also has a few good solid scares. Most of the comments on youtube are noting seeing this as kids and I can see myself really liking this short as a kid. It'd be one of those films I was obsessed with as I was an odd child and liked to intentionally scare myself. It's not so much scary now as I got over the killer doll thing when I was younger. The film inspired Chucky creator Don Manchini and the influence is present in his film Child's Play, especially in how the dummy just appears out of nowhere.

The Dummy is a student film that was scary enough to get picked up by HBO and USA Network, where it'd often appear before a horror film showing. Director Louis La Volpe does good on what must of been a less than a hundred dollar budget. He manages to get the dummy to move without any apparent human help (i.e. no wires), though it's still a little obvious. Acting is acting and that's all I may say. The score was really quite good though and added a nice layer of chill to the film's suspense. The Dummy is fair little short film that is available for free on youtube. If you saw it as a kid I'd recommend re-watching for nostalgia's sake or if you got seven minutes to spare it's a fun watch.

As you can tell I'm running THIN on shorts. I have a few that I've got saved in case I run completely dead but please if you have a short let me know! I will watch it and review it on my blog. In case you do not know you may contact me at Bleedingdead22@yahoo.com.
Posted by Bleeding Dead at 9:26 PM
Email ThisBlogThis!Share to TwitterShare to FacebookShare to Pinterest
Labels: First Time Director, Horror Shorts, Killer Dolls